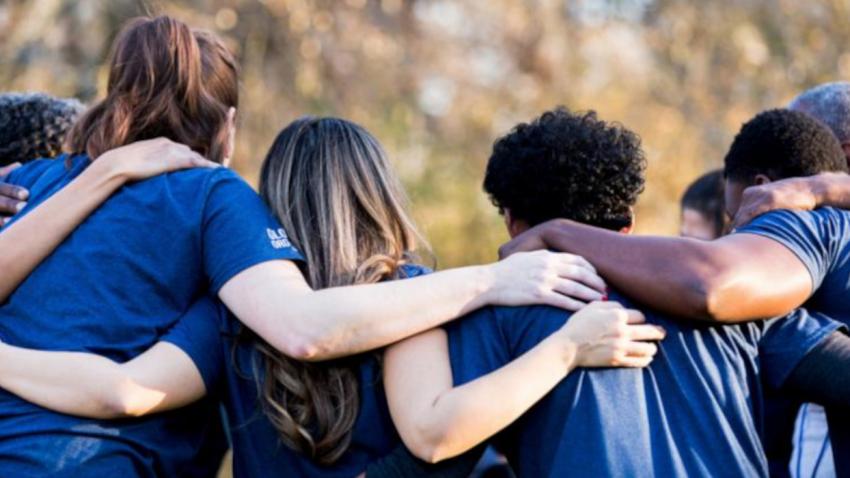 Spending a day as a migrant

The latest refugee crises in Europe have seen an increase in groups voicing nationalist, xenophobic and racist ideologies. Young people can be particularly susceptible to stereotyped ideas and false information propagated especially through social media.

The Right2Move project, supported by Erasmus+, aimed to provide an immersive experience, as part of which young people lived and worked together for a week to discover the stories behind European migration, in the past and present. The experience allowed them to gain a deeper understanding of human rights.

By fostering a more humane and inclusive response to migration, Right2Move is helping to advance one of the European Commission’s priorities to promote more tolerance as part of the European way of life.

For a week in 2019, the Right2Move project brought together 36 young people (aged 17-21) and six youth workers from Croatia, Spain and Poland for a workshop in Osijek (Croatia) on migration.

The city lies on a major migration route and still bears the scars of recent independence wars. It was a perfect setting for the project, which was designed to raise awareness of the realities, causes and history of migration in the region.

Osijek is the fourth largest city in Croatia. It has a population of about 108,000. Over 1,700 local people died in the struggle for independence.

The city is also a Neolithic settlement, and lies close to the borders of Hungary, Serbia & Bosnia Herzegovina on the northern Europe migration route.

In one of the project’s activities, young people took part in a role-play activity simulating what it feels like to spend a day as a migrant. They were also able to meet Twana, a young asylum seeker who has now settled in Osijek.

Participants made videos and wrote social media blogs about their experiences and created artwork to advertise a public event they organised in the city to discuss migration.

Those who had travelled from Poland and Spain for the workshops were able to go home with first-hand experiences of migration that made a lasting impression on them. The three partner organisations continue to stay in regular contact and plan to organise future events.

I thought I knew enough about migration and refugees, but this youth exchange truly opened my eyes. I’ve also made friends from Spain and Poland and with an Iraqi boy living in my city.

Young participants from the project produced a film of their experiences being a migrant for a day.

Explore the Right2Move project results
Want to give your feedback about this page?
Please reply to all mandatory questions