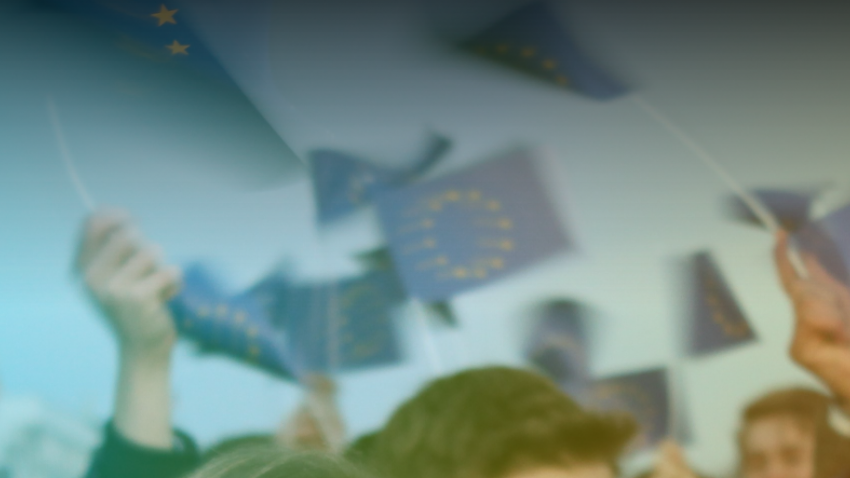 Teenagers spend a week as Members of the Model European Parliament

In Austria, 16-year-olds can vote in their national elections. Despite a growing movement to lower the voting age across the EU-27 to 16 years, most European teenagers will remain spectators of politics and the democratic process until they become 18 years old.

The Erasmus+ funded project Jugend-Upgrade für Europa can’t give all EU 16 year-olds the vote – but it can give selected delegates a hands-on experience of what it feels like to be a Member of European Parliament. This life-changing project, organised by the German regional section of the Model European Parliament, is part of the European Commission’s new push for European democracy.

150 students from the 10th grade from 16 German Federal states participated in the 6-day project in Berlin in January-February 2019.

A clear majority of participants found it a very positive experience, with 90% saying it had given them food for thought, while 79% were keen to participate in other European projects, according to a project evaluation survey.

The Model Parliament attracted broad press coverage – and some of the delegates expressed their interest in a career in politics. An interview with the Project coordinator is available online (in German).

At first it seems very strict: everyone dresses very smartly, uses formal language, says thank you for being given the floor, and stands up when they speak. But this helps the young people to feel less like they are at school and to imagine themselves in the world of politics when they write resolutions. It is also about being taken seriously and being able to present their concerns to official bodies and politicians. Many of the young people say that this was the first time their political opinion was heard and taken seriously.

Only 2 EU Member States (Austria and Greece) allow under-18’s to vote in national elections. In Italy voters have to be 25 years old to elect representatives to the Senate.

Facts about the project